The movie, part of six-part series by multi-award-winning director Zero Chou exploring lesbian life in Mandarin-speaking cities, stars Pejia Huang and Xiao Man as a freshly-met Singapore-Taiwan couple. Man’s character, a bartender in coastal Taiwan, unexpectedly falls for a visiting woman who is a master in martial arts. The pair start a new life together in Singapore, where Man’s character becomes a flight attendant. She soon finds life as a tomboy lesbian fight attendant is not easy. The touching comedy, a GOL STUDIOS project, explores the warmth and passion between the feisty jealous fighter played by Huang and the handsome stewardess played by Man.

It is part of Chou’s series "Project Rainbow in Six Asian Cities”, exploring LGBT experience of coming out, questions of identity, family issues, and marriage in the Chinese-speaking world. 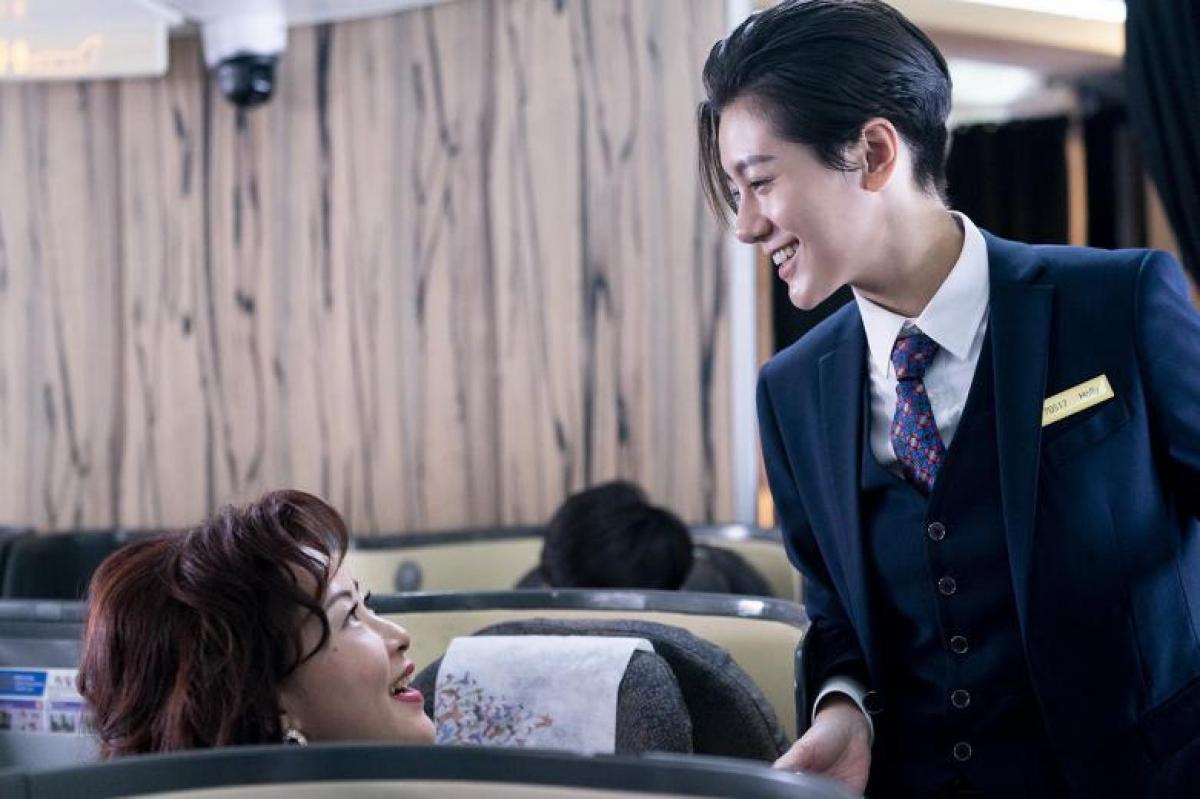 Taipei to the World

Chou and the stars launched the movie on Tuesday (15 October) in Taipei. It will be available to 21 different countries on LGBT online streaming service GagaOOLala from 25 October. Chou told journalists it was her goal to tell stories to any lonely LGBT people who would like to listen. Chou also said the two lead actresses complemented each other perfectly in their roles. "Every performance was a little improvised, very interactive, fun, fand funny" she said. Man shared her experience of wearing a male flight attendant's uniform through Singapore airport. She said she could see people whispering about her appearance. "I can truly feel the uncomfortable feeling of being judged ... just like many LGBTQ people” she said.

Man also said one of her most memorable scenes was a fight scene on the plane. Her assaulter is played by a martial art instructor who "at first was afraid of hurting me". "I told him to do it for real, so I beat him and also used my high heels, eventually this fight scene felt very real and we had a lot of fun".

Chou, who won three Golden Horse Awards in 2004, earlier this year invited into the Academy of Motion Picture Arts & Science. She is the first female Taiwanese filmmaker to have the honor. She worked with Huang twice before on the movie Drifting Flowers and the TV film Three Makes A Whole. In the film, Huang said her character reflects exactly how she interacts with her own friends in real life. Chou agreed that "this character is designed precisely for her.” Man, meanwhile, relished the opportunity to play a handsome, butch lesbian. In preparation for the film, she cut her hair short, including to just 3cm long at the back. "I have to try something different from my previous characters,” she said. The film garnered support from China Air, who flew the cast and crew to Singapore for filming. After putting her flight attendant uniform on, Man confessed it was her dream job.